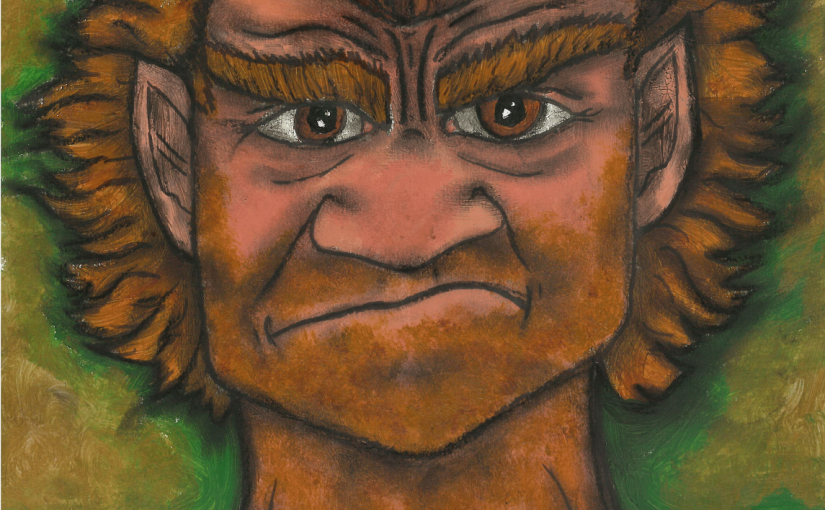 In this piece of bonus content, listen to Professor Merwyn Tumblebrook of the University of Crosswater talk a little bit about halflings and their native lands and practices in Calcinea.  You can find the written version of this below, or listen to the audio above!

At the very bottom of this post you can also find some statblocks for the halfling carabineer and their elite, more experienced equivalent, the halfling sharpshooter.  Feel free to use these in your own games!

END_OF_DOCUMENT_TOKEN_TO_BE_REPLACED

An original song by Celestia Stardust (lyrics and tune by our DM), mentioned in Episode 2: Hangmen & Harris Hawks!  Tune in regularly for bonus content here on the website!

You may recall our earlier post with a map of Calcinea.  Well it turns out that had a couple of problems with it!  The first was that the world was a little small, especially the other continents, for the epic globetrotting fantasy we planned to tell.

The second was that Calcinea’s entire circumference turned out to be around 4000 miles at the equator, roughly a sixth that of Earth’s.  Calcinea was tiny.

This is our answer to that. 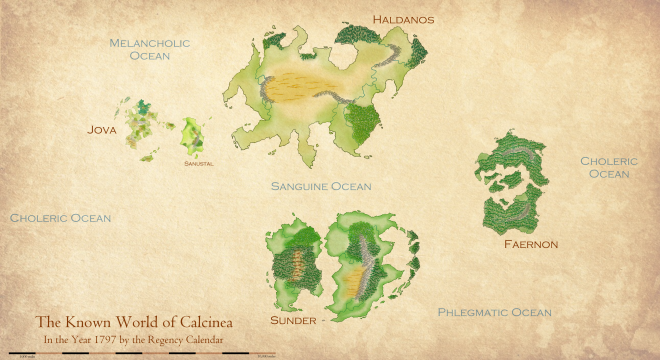 This is not a complete map, nor a wholly accurate map of the world – there is a notable absence of polar regions and rather a lot of certain places (Faernon in particular) seem to have just been ‘filled in’ with jungle.  This is because this map is about as accurate a map as we can get in 1797.  (And maybe the DM wants space to put things in later.)  Exploration is still ongoing.

The Dragon Coast, where the story starts, is in the north-eastern edge of the smallest continent, Jova (geographers, politicians and several kings with armies have argued over whether Sanustal is part of Jova or Haldanos).  If you look carefully, you can recognise the Draconic Archipelago there.

We fully expect to see at least two continents before this campaign is over.  Trim your sails, we have a long voyage ahead.