Flintlocks and Fireballs is voiced by four British voice actors, at least until they can figure out how to escape. 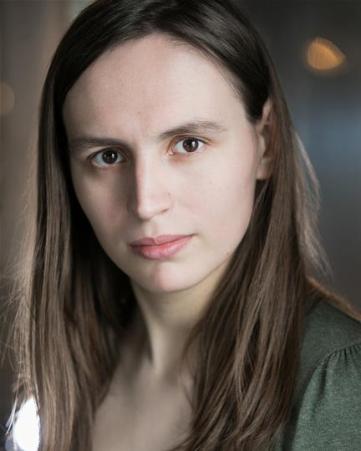 Robbie Bellekom is an actor and puppeteer and currently a full time owl. She’s been playing TTRPGs for about 7 years. She owned D&D books since 3.5 but was too shy and nerdy to persuade anyone to play for many years.

Scamp is difficult to pin down. Somewhere between 10 and 14 years at a guess. Their gender is no one else’s business; they’re a child you weirdo. If someone one day explains the term “non-binary” to them then they’ll be a lot happier. They’re a tiefling; or a dwarf if the fake beard is on and they’re being particularly convincing.

They wear simple clothes. A greying shirt rolled up at the sleeves under a too large blue waistcoat, the buttons long since lost. Their trousers may once have been red but now appear a rusty brown and are cut off to reveal black cloven hooves and scabbed knees.

Their skin is a bright, almost fluorescent pink and scattered with freckles that appear as dark red spots. They stand around 4”10 but the curling black rams horns protruding from their short, scruffy, hair make them appear taller. The hair is a silvery grey everywhere it appears; on their head, the tips of their ears and around the ankles of their hooves. Their ears are a great indicator of their emotions; sheep-like in shape they flick up and down with Scamp’s changing moods. Another key to reading their emotional state is the pointed tail that similar twitches and swishes almost constantly. When they smile two too long incisors show in their upper jaw, a feature that has scared off many a potential friend even after the horns and hooves had been overlooked. Another feature that seems to unnerve are their eyes. Large and without pupils or whites, they are a solid deep magenta. 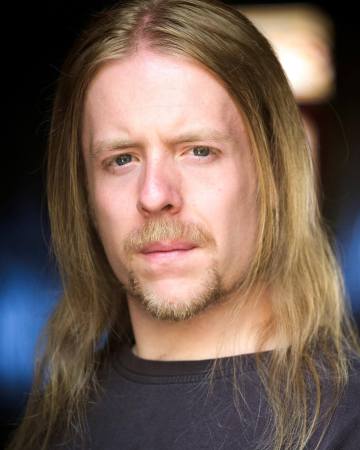 Sam Burns is a level 29 human, been playing D&D for about 9 years. It started off as a Nerdy oasis in the desert of first year drama school and has progressed from there to a major obsession. When the opportunity came to combine it with first first love of acting he leapt at it like Halfling leaps at second breakfast.

Corzin stands 2 feet 10 inches which makes him short even for a halfling, He has a battered leather Tricorn hat on his head into which is tucked most of his untidy blond hair.

His ears are rounded with small points on the end and stick out a little from his head. He has a round almost boyish face with quite defined cheekbones. His eyes are a piercing brown and have almost a natural squint to them. He shaves when he can but mostly has about three days growth of a dirty blond beard on his chin.

Tufts of hair grow on his shoulders on which hangs a leather jerkin, which is slightly too big for him. Bare chested underneath you’d see his has the remains of the typical halfling paunch but it is much reduced by a life at sea.

He has a red cumberbund covering most of his abdomen under which are slung two scimitars. These too are old but very well kept.

Rather than the normal Halfling trait of going bare foot he has a pair of buckled jackboots that due to his small size come up to somewhere around his thighs. When he does take them off however you see he has about size 2 feet with another tuft of thick blond hair on the tops of them. 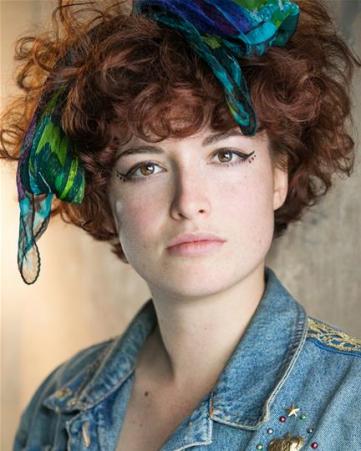 Ellie Sparrow is an actor, playwright and co-director of theatre company Break the ‘Verse. Their first arts council funded play was on at the end of last year, which she cowrote, aided heavily by red wine.
Ellie Started role playing when the DM of this campaign made her 4 years ago. She thought the whole thing would be incredibly lame and agreed that she’d try it once. She has never been more wrong. It was not lame. And here she is 4 years later on a D&D podcast.

Celestia Stardust (Nice to meet you.)

With Celestia Stardust, it’s hard to know what to notice first. For a start, she’s a 6 foot 4 drow elf with a big bouffant dandelion of white hair with that adds several inches to her already very tall frame. At her forehead is a purple bandana. She has very dark blueish grey skin and pupil-less eyes that are such a pale blue that at first glance they look white. The eyes are probably looking amusedly at you with a cheeky raised eyebrow.

She has on a ridiculous, puffy sleeved, violently purple shirt that laces up just a tad too low at the front. Her trousers are far too tight to be allowed and are absolutely covered in silver braid to the point where you couldn’t possibly know what fabric was underneath it all. She also decked out with jewellery, lots of bracelets that look like they have come from many different places, some very sparkly, along with some simpler, leather style ones, she also wears a single gold hoop in her left ear with a purple gem hanging from it. She wears purple mid-calf length leather boots.

She also has an inconveniently large number of musical instruments on her. She carries: an ophicleide (a stupidly large brass instrument that’s the love child of a saxophone and a tuba, and is strapped across her back) , a large xylophone (also strapped to her back and crossing under the ophicleide), a guitar and a drum (both in her slightly battered backpack, which has been haphazardly bedazzled with the rest of the silver braid).

Another thing that would strike you about her is an air of superiority, a level of ballsiness and cheek only a bard could have, and the expectation that people will give her a round of applause. Wherever she is sat, she’s probably draped over it like a smug cat. 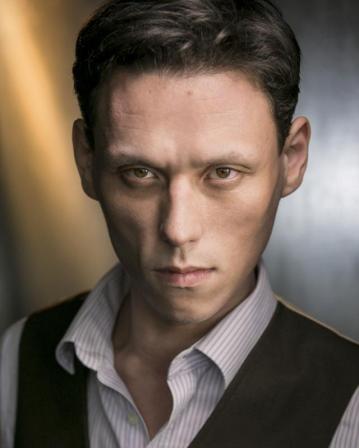 Jason Phelps as the Dungeon Master

Jason Phelps knows the gate, guards the gate and is the gate.  In deathless aeons before time he shall arise again, when foolish mages unbind seals that should not be broken.

He is also a voice actor as well as a dungeon master of around 16 years’ experience.  He likes brandy, hydra and long walks in the Shadowfell.